Pastors and Servants of the past 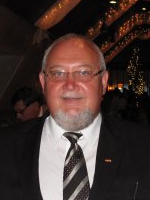 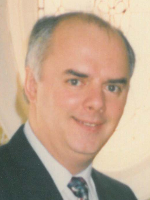 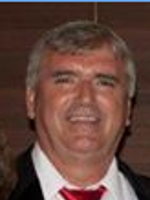 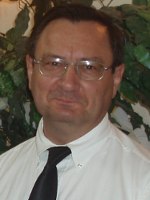 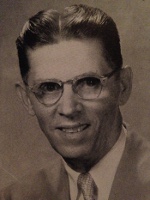 In early 1923 Brother Theodore Lustrea arrived in Windsor, then Brother Dumitru Balint. Together they began to gather and hold religious services until the summer of 1925 when helped by the brothers of the First Church in Detroit MI," Mission from Canada" (from History of Romanian Baptists-Book) was formed.

Between 1953-1968 the church was aided by several brother pastors and workers among which: Fr. Basil W. Jones, Fr. Arsenius Lucaci and Fr. George Lucutza. In 1968, the family of Brother Pastor Theophilus D. Talpes arrivesin Windsor, and they served the Church in Windsor until 1978. During this time the church enjoys blessings and growth. Brother Theophilus together with the bretheren in the church started a radio program at one of the local radio stations, so every Sunday morning at 9 AM the public is able to listen to Christian program in Romanian.

In 1974 brother Pertru Matcau arrives in Windsor, who professor of music. He formed and organized the youth and a mandolin orchestra. Our orchestra has been invited repeatedly to Canadian churches in Windsor and in other cities. The youth started being active and together with brother Talpes started visiting the romanian missions from Kitchener and Hamilton, making a significant contribution to the church worship services and radio and television programs .

In 1975 brother Dosescu Cuzman-s family arrives from the Austrian refugee camp. After his request and the work of the brothers another building is bought at 1696 Cadillac Street. (formerly United Church). After much prayer and work, on December 5th 1976 the first service in the new building takes place.

In December 1978 brother Teofil Talpes lays the groundworks of First Baptist Church of Hollywood Florida so therefore he moves to USA.

In February 1979 brother Petru Matcau is elected as Pastor of the Church in Windsor, him beeing a seminary student at McMaster University in Hamilton. The church goes through several stormy crises, so in 1981 brother Petru Matcau agreed to work at the Romanian Missionary Society and moves in USA .

In 1981 the church is helped by brother Teofil Doru Talpes Jr. and brother Titus Sfîrlea, pastor of First Church in Detroit.

In 1982 Brother George Cociş came from Romania and he was elected pastor of the Church, serving the church until 1992, when he retires.

In 1992 Fr John Tunea serves as a ordained deacon and brothers pastors Benjamin and John Stef Cocar from First Church in Detroit help out as well.

In 1996 brother Joachim Tunea came from Romania and he was elected pastor of the church in Windsor. Brother Joachim Tunea serves the church until 2001. During this time the Church begins to refresh through the return of several families willing to support the good work of the churc. A brass band takes shape under the direction of brother Dan Duma and sister Tabitha Lazar and a orchestral ansamble takes shape under the direction of sisters Livia and Lavinia Paduraru and brother Daniel Dosescu.

In September 2004 Fr. Pastor Cornel Unc arrives from Romania to Windsor and is elected as pastor of the church in Windsor. May the Good Lord guide and bless his workers, out working the harvest.

In the 90 years of history, the Baptist community had a number of members ranging from 20-30 up to 90-100 members. Most of today’s members have moved here from Romania after the revolution. As a means of worship we are part of the traditional Baptist, but with touches of contemporary worship in the afternoon service. We identify with biblical doctrine of Puritan thinking, but based on the Bible and the writings of the church fathers of the first four centuries of Christianity believe that charisms were not definitively withdrawn from the Church after the Biblical canon. As an organization, we believe that the local church must preach the word of God and all men being recognized by the community as having but to proclaim the Word.